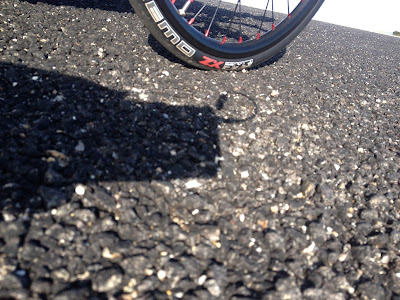 The placement of chip seal on Highway 1 North of Cambria is a fine example of the unwillingness or inability of car-centric engineers to consider all forms of transportation when designing and repairing our highways. It's all about the car...except this time the weak minds responsible for the destruction of an iconic cycling route are getting a well deserved ear full from cyclists.

In a previous post from last Tuesday (Central Coast Chip Seal) I discovered the unforgiving stuff. I'm optimistic that by this time next year the situation will be resolved and once again I can look forward to the pleasure of riding the Central Coast.

Here's some more information and links:

Information from the San Luis Obispo Bicycle Club
Caltrans, in almost every respect a good friend to SLO county bicyclists, made a horrible mistake last October when they chip sealed 25 miles of Highway 1 from Cambria to the Monterey County line at a taxpayer cost of $2 million.
They have acknowledged their mistake and are making small efforts to mitigate the horrible effects of their project on cyclists and motor vehicle drivers. They refuse to consider the most effective remediation, which is to spend $7 million to lay down a pavement overlay, which would give the highway section at least 25 more years of useful life before needing another rejuvenation.
We have their attention. We need to give them the will to spend $7 million dollars to fix it right.
I urge everyone to express your opinion about the Highway 1 chip seal to people who might help us. Below are some email addresses. Some things to write about are:

Popular posts from this blog 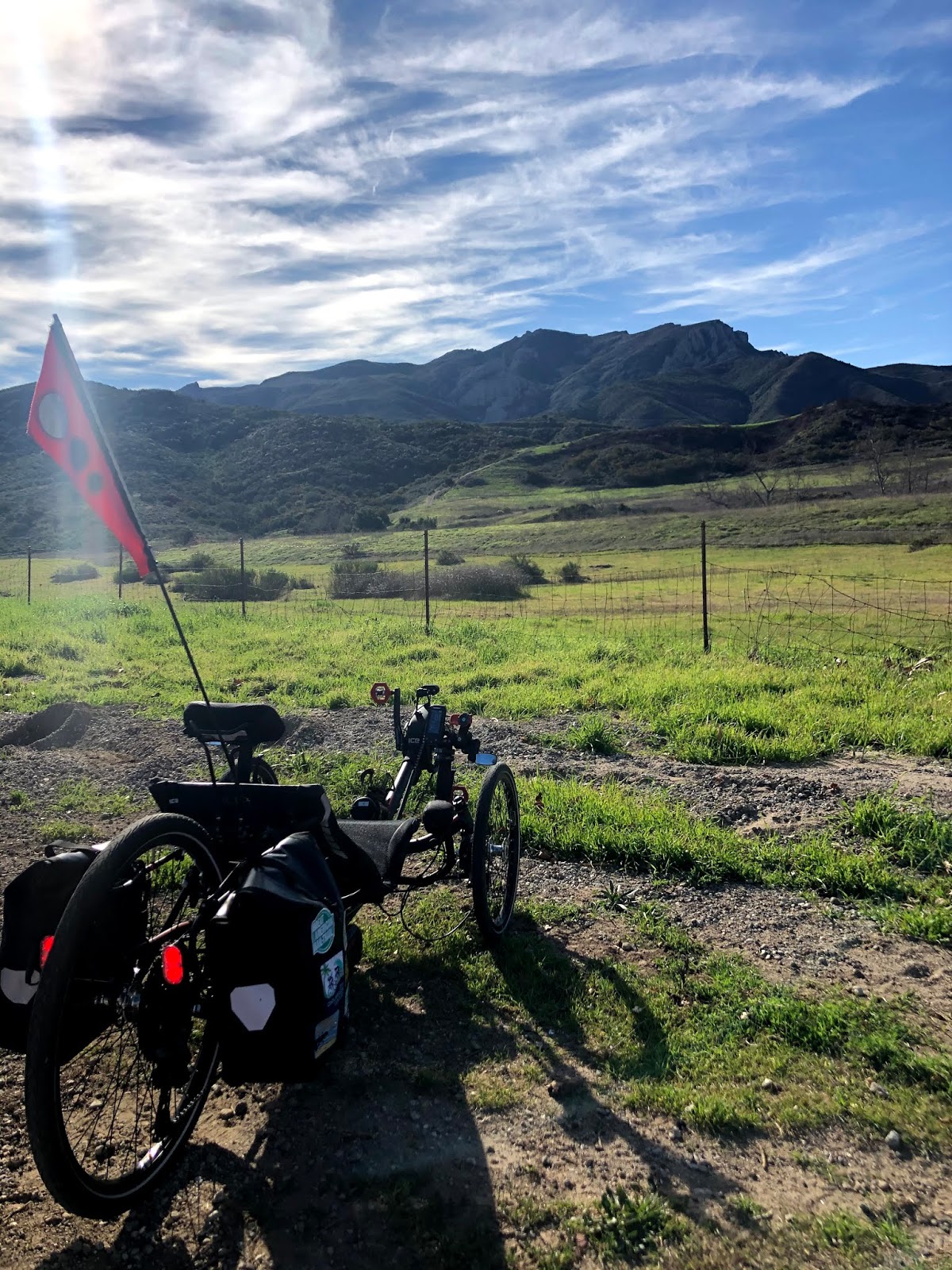 Clearing my head on a sunny winter day. Mentally prepping for back surgery next week. Last back surgery was back in 2009 and it gave me a fresh start. I expect the same again this time around. More boring details another time.
Go to My Instagram
Read more 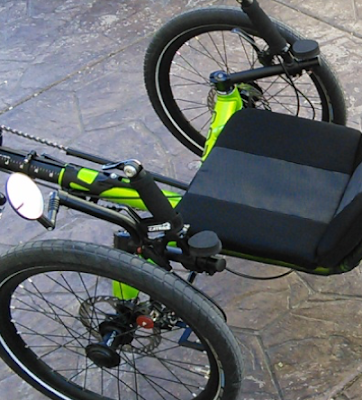 October 02, 2019
As always ICE costumer service goes the extra distance to make sure it's costumers are taken care of. Neil at ICE Trikes put together a quick video for me (not on YouTube) showing how to connect Shimano's E TUBE app with the E6100 display for the Steps E8000 via Bluetooth on your iPhone or Android. Doing so allows for customization and updating of the E-Assist.
My display doesn't have a Bluetooth sync on it's menu so I wasn't sure if Shimano's E TUBE app could be connected to the Shimano Steps E8000. In the video Neil walks me through the process of customizing the assist settings on my E8000. Also the E TUBE app can check for firmware updates. The app also allows me to make minor adjustments to the odometer to allow for different tire sizes. The E TUBE app also connects with Shimano's Di2 electronic shifter.
Many thanks to Neil at ICE Trikes for all the help. E-Assist is new to me so this was not the first question he has answered for me and it probably w…
Read more 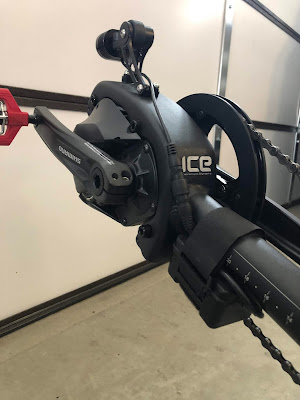 I've decided to abandon using the Shimano Steps E8000 integrated headlight on my ICE Sprint. See post from October 20th, 2019. I'm going to stay with my DiNotte headlight with it's battery mounted on the boom. In the end I decided it was best not to be limited to what headlight could be integrated into the E8000 system. I really like my DiNotte 400L headlight (discontinued) for daytime running. Very bright but maybe a little to intense for nighttime when on high. Over 11 years I've never had an issue with DiNotte (other than a battery getting old). Yes they are expensive but I feel they're worth it. The DiNotte headlight pictured below is about nine years old. Also my DiNotte 400R daytime tail lights are still going strong.

The DiNotte light is secured onto a solid T-Cycle accessary mount. ICE has thoughtfully provided two screw holes for mounts.

The mount required T-Cycles 90 degree adapters for the accessary mount. The red dot is a plug closing off the hole tha…
Read more

With the extra weight of the E Assist on my new ICE Sprint FS E8000 I decided to replace my old Park Tool bike work stand with a dedicated trike stand. The old Park Tool stand worked well enough for my lighter trikes but it was always a little awkward to use. I wanted something solid that would hold up to regular use. I looked at DIY options but decided that a custom trike stand by TRIKE TIGHT was worth the investment. And yes... it is.
The TRIKE TIGHT stand is an aluminum stand that was easy to assemble.  The stand is light but solid. It also folds up by lifting a single pin. Unlike most of the plans for DIY stands the TRIKE TIGHT has large heavy duty locking wheels that allow me to easily roll the stand around. Not only do all three wheels lock but the swivel locks as well so the stand stays exactly where I want it to stay. And finally, I can move the trike around to work on it without having to move or get up from my stool. 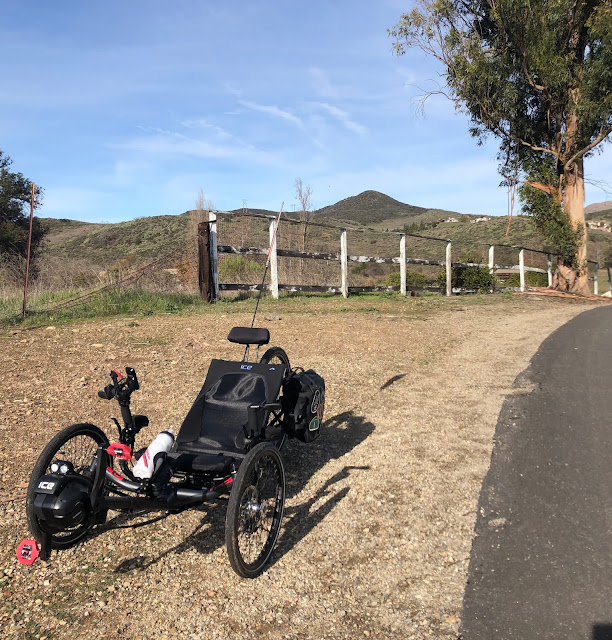 Sunny but cold after an overnight rain.
My Instagram
Read more