Passing on the Left

When I ride my Catrike 700 I can maintain speeds that allow me to hang with or pass many traditional bicycles. Passing some of these riders can be comical. Their reaction always brings a smile to my face. No rider worth his or her wieght in spandex expects a three wheeled chariot to pass them. Sometimes we’ll meet up down the road at a signal and have a short light hearted exchange. It’s all good fun.
BUT…there are times when it is not so comical such as today. On a bit of a downhill I was waiting for a break in traffic on a busy street so I could pass a rider. I cranked it up to 40mph and went into the traffic lane to pass. The rider, wearing the proper couture, decides that he’ll have nothing to do with an old man passing on a trike of all things. He starts pumping like a mad man. Needless to say I was in the traffic lane for much longer then I planned. Luckily I had some good speed going and the cars behind me were slow to catch up. In the end, as I was starting to pull ahead, he must have realized that he was no match for the old guy and his trike and he backed off. He quickly became a speck in by mirror.
It was one of those “what the hell you doing” moments. I have never nor will I ever race someone that is passing me. I make sure that the passing party has a little extra room and wave them on by so they know that I see them and won’t do anything stupid.

Good Day for a Ride

After spinning in the garage for the last two mornings watching the rain fall I woke up to a clear but cold day by Southern California standards. I hooked up Betzi's trailer and took off. 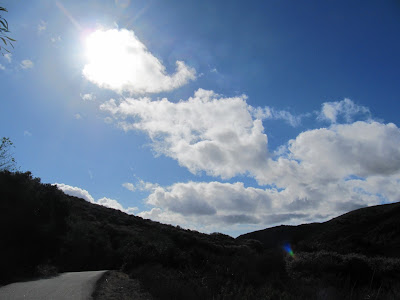 I was all set to take my 700 out for long ride today but I woke up to the sound of wind.
.........................
Instead...I topped off the tire pressure on the Expedition and took Betzi out for her third ride this week. I rationalized that if the wind was going to slow me down I might as well be slowed down with Betzi while still getting a good ride and workout. 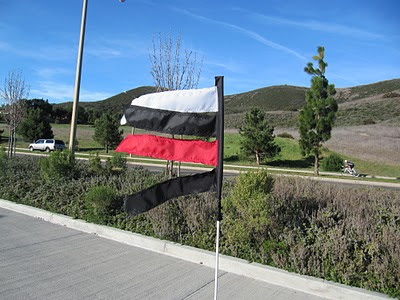 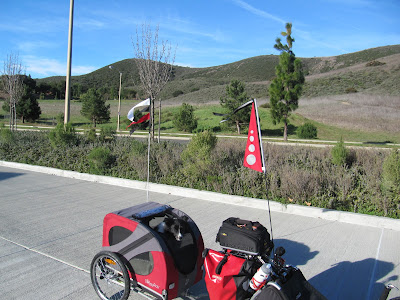 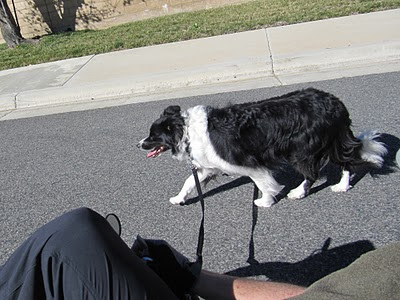 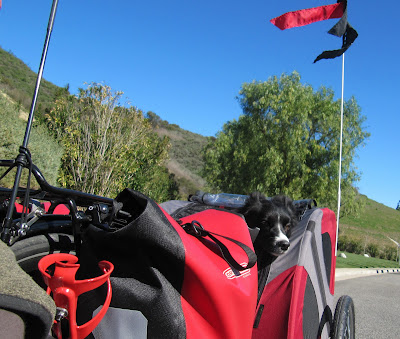 Email ThisBlogThis!Share to TwitterShare to FacebookShare to Pinterest
Labels: Betzi the Dog, Rides 2011

Another fine day of cycling in...
California 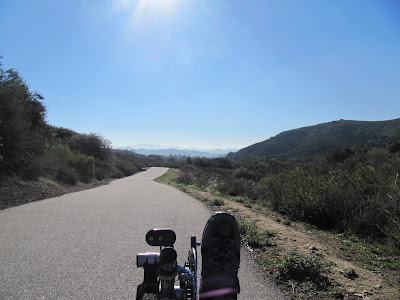 THIS IS NOT California 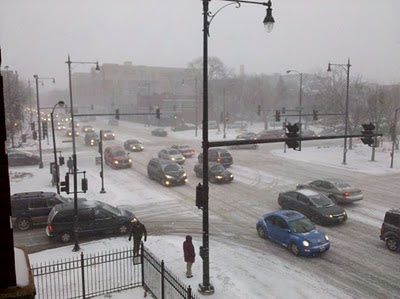