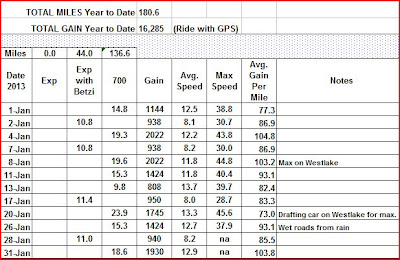 Picnic with My Girls

My girls Leili and Carrie drove up to meet Betzi and me at the park for a picnic in the winter sun.

This is why I live in Southern California.
at January 28, 2013 No comments:

Weather Underground for iPhone is my favorite weather app. I find the maps particularly useful. Today I set off on a ride while dark clouds hovered overhead. A quick look at the Weather Underground maps page tells me that the clouds will soon move on and so I set off on my ride confident that I won't get stuck in rain.
Here's the weather front that came through over the last couple of days and is now on it's way to ruin someone else's cycling plans.

Here's a radar shot of the rain that has now passed us. 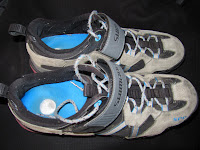 Time to replace these heavy monsters. They served me well for three and a half years but it's time for a lighter shoe.

I went to my local bike shop intending on checking out a pair of Shimano MTB shoes that I've been researching. MTB shoes because I want to be able to walk around without my feet pointing uncomfortably towards the sky. I walked into the LBS and I saw Bonrager on display. I tried one pair and I was sold. I felt strange not trying on more shoes but the Bontrager RL Mountain was perfect for me. After a few rides I'm sold on these shoes. 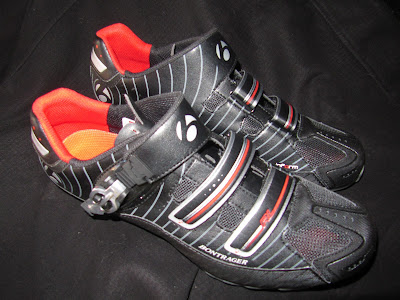 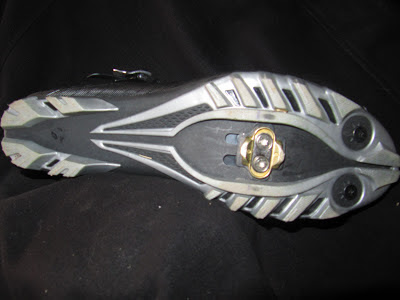 To Cold to Ride? Get a Tattoo

It seems that everyone has an opinion about tattoos. Mine...what the heck, do it. I'm good with how individuals choose to express themselves as long as their form of expression doesn't have a negative impact on the world we share. I choose tattoos that express the wonder of nature.


Rob Hill owner of Ventura Tattoo inks me up. Only the best! 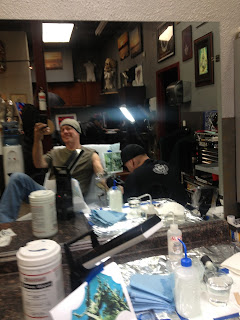 Rob travels extensively around the country doing shows and getting folks inked. Contact him at Ventura Tattoo to see if he'll be in your area. Also check Rob out at his regular gig in Sturgis this summer at the Buffalo Chip Tattoo Cafe.

I've been looking for a helmet that is more comfortable as well as more visible. I also needed a helmet that comes in extra large for my big head. I read a lot of good things about the Lazer Helium but I couldn't find a local bike shop that had any in stock. On faith I ordered online. The prices are all over the place, I found one for about $100. It's a very comfortable and light helmet. The knob on top of the helmet dials in the internal headband around the entire circumference of my head providing a secure fit. The only issue I had was when the headband was tightened the helmet had a bit of a wobble. The problem was easily solved with a bit of padding on each side of the helmet. BUT no extra padding was supplied and there is no place to attach the padding. Problem solved again, I used padding from another helmet and glued it in with trusty E6000 adhesive.
With the little bit of padding the helmet... it's a keeper. 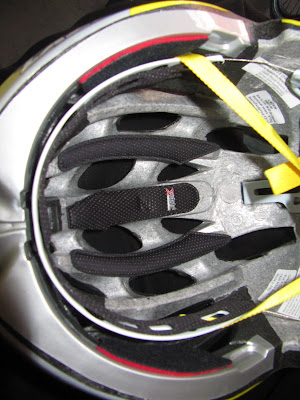 As soon as I read on BROL about the new Catrike 700 with 20" front wheels I wasted no time giving Dana at Bent Up Cycles a call. Even though Catrike does not have a final speced out 700 - 2013 for sale they do have the frames. Dana ordered me a black frame set and custom 20" wheels. When the frame set arrives in a couple of weeks my old 700 will be striped and all the components on it will be put onto the reconfigured 700 frame. Stay tuned......

From Catrike:
-700: New frame. We fit this trike with 406 (20”) front wheels and Ultremo ZX tires. As an accomplishment in engineering, we rotated the rider’s body position around the center of gravity, thus achieving a more streamlined position, raising the seat, transferring weight to the rear of the trike, without in effect, affecting the center of gravity. We have dropped its bottom bracket just enough for perfect tuning of the cockpit and the balance between rider comfort, output and aerodynamics. Finally we have added 1" to its wheel base, to a total of 46" for an optimum weight distribution, front wheel clearances and impressive straight line stability. The result is a slightly more reclined and better aerodynamic position, a higher seat bottom and ground clearance to create an improved relationship between the chain line and its main frame, thus stiffening the whole frame during pedaling while still maintaining its impressive cornering ability, handling and steering forces during turn. On top of that, because we have our own CNC milling machine, we have designed and sculpted a new flanged drop out that is lighter, stiffer and just plain gorgeous that screams quality and design with a purpose. This trike is simply the most beautiful, refined and fastest Catrike we ever produced. We have coined the term of a low flying carpet for trikes and nothing is more truthful when you ride the new 700. 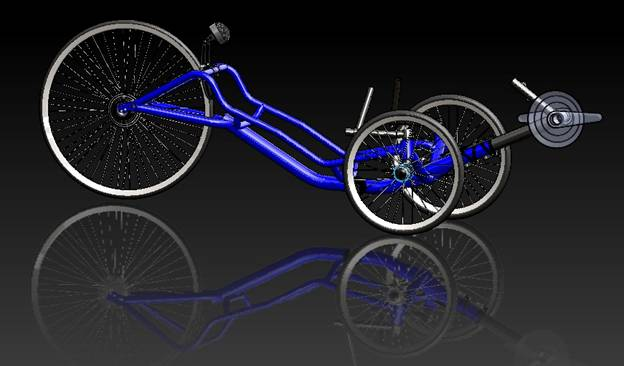 You are looking at the most streamlined, most laid back, longest, stiffest, leanest, meanest and yes fastest Catrike ever made, the 2013 700

Email ThisBlogThis!Share to TwitterShare to FacebookShare to Pinterest
Labels: Catrike 700

I can't help myself I have to post pictures from today's ride. Nothing exceptional about the ride except the WEATHER!! 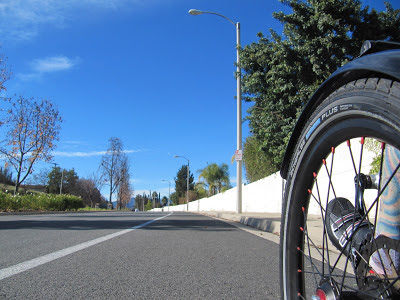 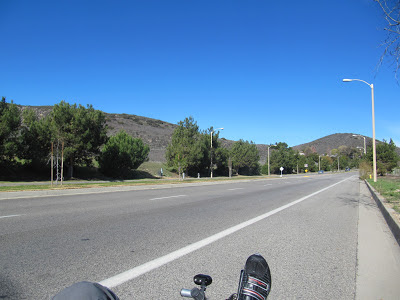 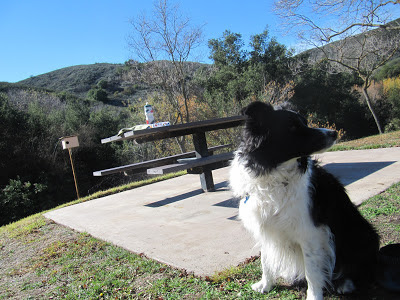 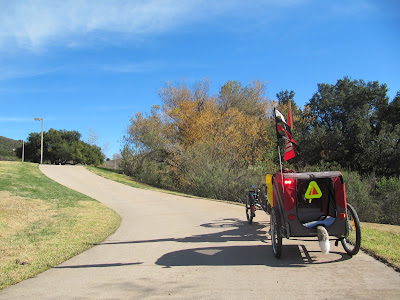 It's already the 4th of January and I'm not just sitting around, at least not too much. I've taken advantage of the sunny but cold days and I've managed to get three rides in since the beginning of 2013.
Over the last few weeks I've been riding the 700 more then the Expedition. During  those weeks, when not on the 700 I've been taking the Expedition on short rides with Betzi to the park for picnics when the weather cooperates.
It's my goal to ride longer, faster and steeper miles riding the 700. It seems that riding the light 700 torments my hip much less then pulling 100 lbs of trailer and dog with my Expedition.
My average speed riding the 700 in the hills is routinely a little over 12 miles per hour on a 20 to 30 mile ride. The average gain per mile is generally between 80 and 105 feet. All the climbing I do rewards me with some sweet downhill runs on the fast 700. My maximum speed is always well over 40 miles per hour and sometimes a touch into 50 miles per hour. 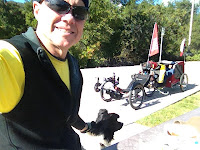 Weather and family life permitting I plan on taking Betzi on a "picnic" ride to the park twice a week and try to get in two rides a week on the 700. I also have a to do list of rides I want to do this year but more about that later.
I'm turning 60 at the end of this year (December 20th) and I want to welcome the big SIX O feeling smug and strong.
at January 04, 2013 No comments: