Skinny tires can make for a HARD and ROUGH ride on old weathered roads.


After the Tour de Palm Springs February 14th it became clear that I need to be better prepared for rough roads and roads that are unknown to me.

The skinny and hard Schwalbe Ultremos on my 700 "Black" are fast but can be oh so hard on rough roads and are bone jarring at speed. Ouch. I need to adapt. One option is to go with larger lower pressure tires on "Black" but that ain't happening. It's to much fun on smooth roads.

SO...I'm calling on my 700 "Red" to do double duty. As it stands
"Red" is set up for touring and carrying loads. As of right now I'm not during either. I made some changes to "Red" to mitigate the rough roads on longer rides and still be reasonably light and fast.

Basically it came down to making some very simple changes to "Red".

1.Removed the rear rack and fender.
2. Removed the front fenders.
3. Lightened up on the tool kit and few other non-necessities.
4. The most notable change is changing out the tires. Instead of the Trykers on the front and the Marathon Racer on the rear I now have Schwalbe Kojaks all around, 35/722 on the rear and 35/406s on the front.

Here's my thought on the Kojaks. The Kojaks are still fast tires but larger (35/722 and 35/406) then the Ultremos (23/722 and 23/406) and require less air pressure. They are rated at 55-95psi ( the Ultremos are rated at 95-145psi). The lower pressure will not only make for a softer ride but I can easily adjust the air pressure while on the road with my Topeak Morph Pump. Getting the pressure up to 55psi with the Topeak is easy and going up to 80psi is doable. 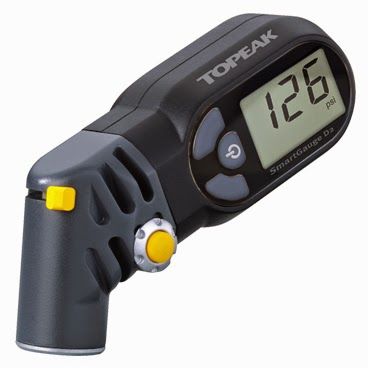 I'm also adding a Topeak pressure gauge with it's bleed valve to my tool kit so I can accurately adjust the air pressure depending on road conditions. If the roads are good I want the tires hard. If the roads are fried then it's time to soften up.

Returning "Red" back to it's original touring configuration takes less then one hour. Example, the rack and rear fender are ready to go back on with five bolts.

MORE pictures and comments later after a few rides on the new "Red".
at February 23, 2015 2 comments:

Great video by David Mimms of last Saturday's Tour de Palm Springs. It provides a good sense of riding in the desert country of Palm Springs. Thanks David.

Shake, rattle and role describes my ride at the Tour de Palm Springs this weekend.

My morning started off spotting David Mimms at the Bike MS Coastal Challenge booth. Soon Kyle Bryant roles up with his crew. At his Ride Ataxia FARA booth was information about the various rides around the country including the NorCal at Davis, California May 30th.

The sun fried roads of the desert backcountry made for a rough ride on my skinny Ultremo tires. I was shook and I was rattled but I kept on rolling. All the good downhill runs were well worn but I still had the cheap thrill of passing rider after after. Old guys still need a thrill now and then. On the climbs I pretty stayed with the pack and passed a few unsuspecting riders.

Passing other riders wasn't always easy. This is the largest single day event ride in the country and thousands of riders were on the road. On the faster runs many times I had to pass other riders in the oncoming lane to create a safe passing space between me and the other riders. Also with so many riders on the road from start to finish I couldn't truly enjoy the desert landscape. I had to be more aware of other riders and less aware of the beauty of the desert.

The desert is a little cooler this time of year but this weekend reached 90 degrees. The 9am start time for the 50 mile ride meant that the riders were going to feel some heat. I was comfortable and just kept riding along but many riders took advantage of any shade they could find to take a break.

All in all a good weekend with good folk and of course my best bud and wife Carrie.

If the UCI controlled cell phone technology our cell phones would still look like this. 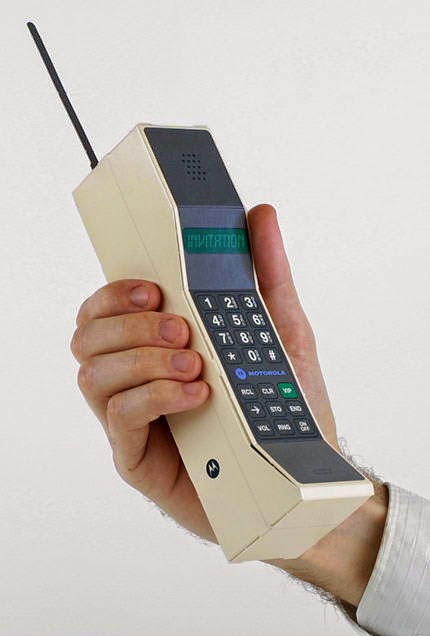 So...when the UCI one hour distance record falls 39 kms (24 miles) short of the International Human Powered Vehicle Association one hour record then is it time to upgrade?

The Lifeproof bicycle mount that fits my iPhone 4s Lifeproof case has now failed twice. Both fails occurred at 30 plus mph resulting in my phone hitting and sliding along the pavement for some distance. Good news...both times the phone and case held up to the abuse it took sliding along the asphalt.

Trike Dreams on a Hike

I opted to leave the traffic behind and set off for the hills. The rains have brought the hills to life and I couldn't miss out on a little quiet time surrounded by green. 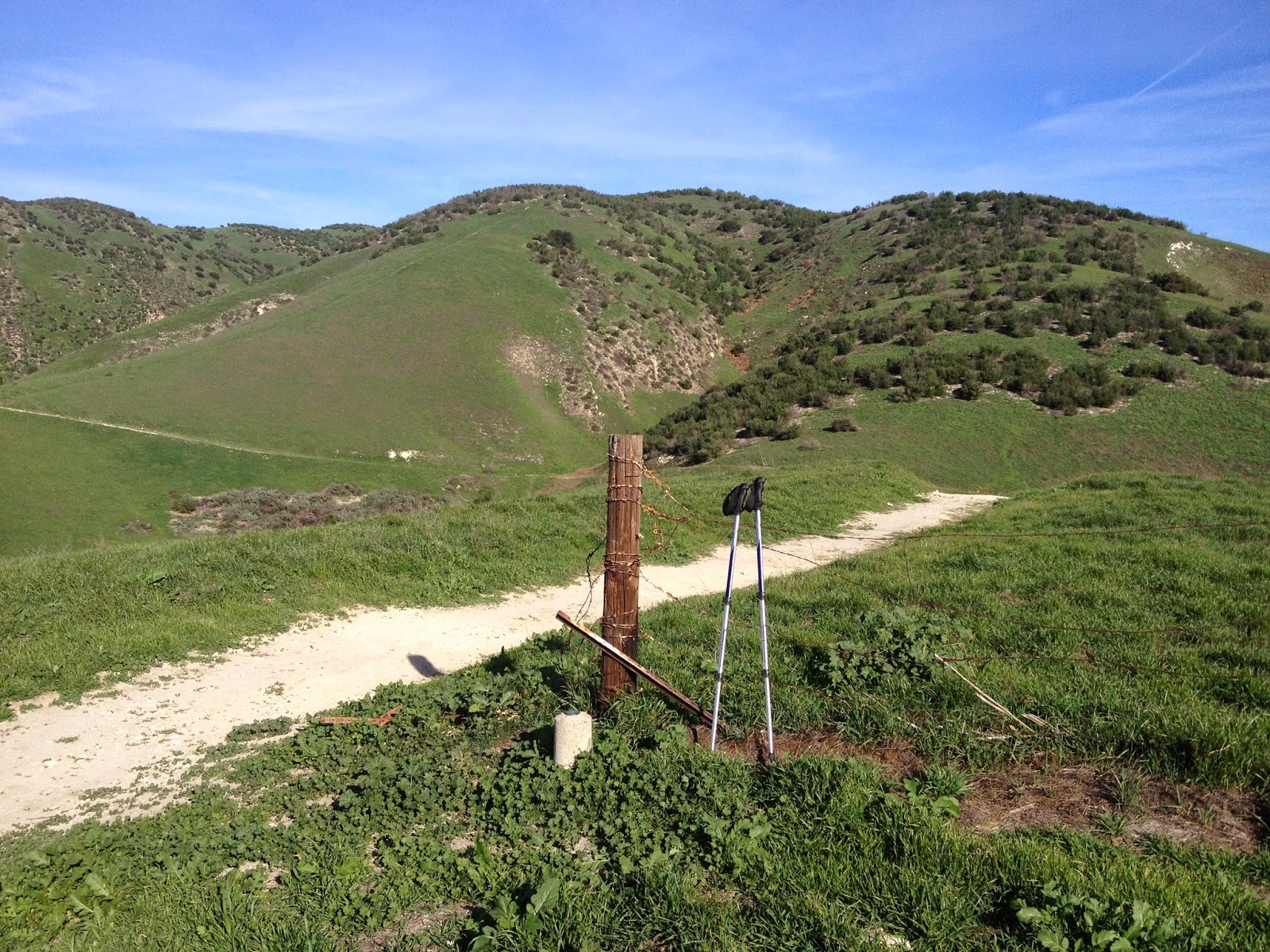 Then there are the fire roads and my mind starts to wonder and... 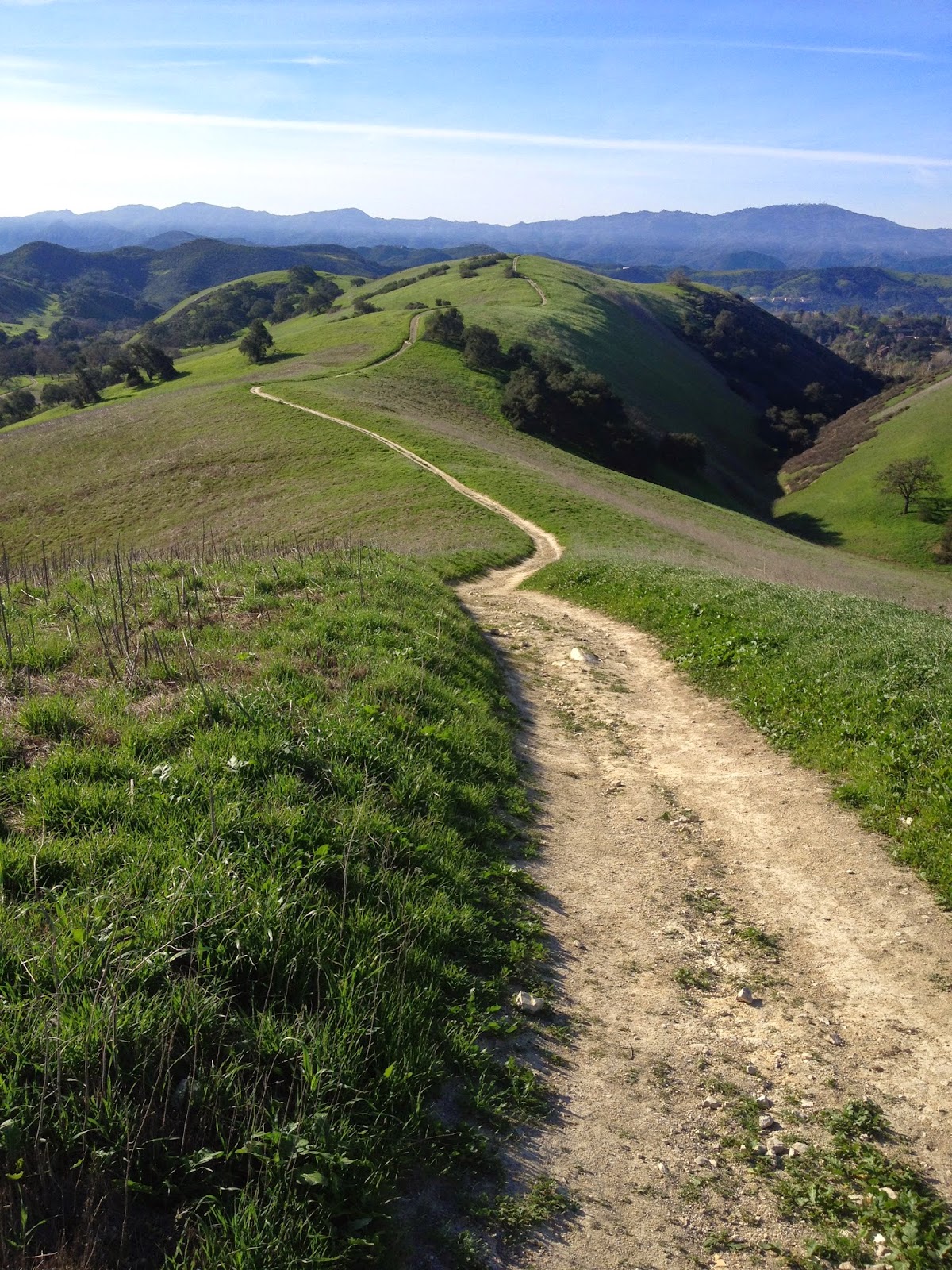 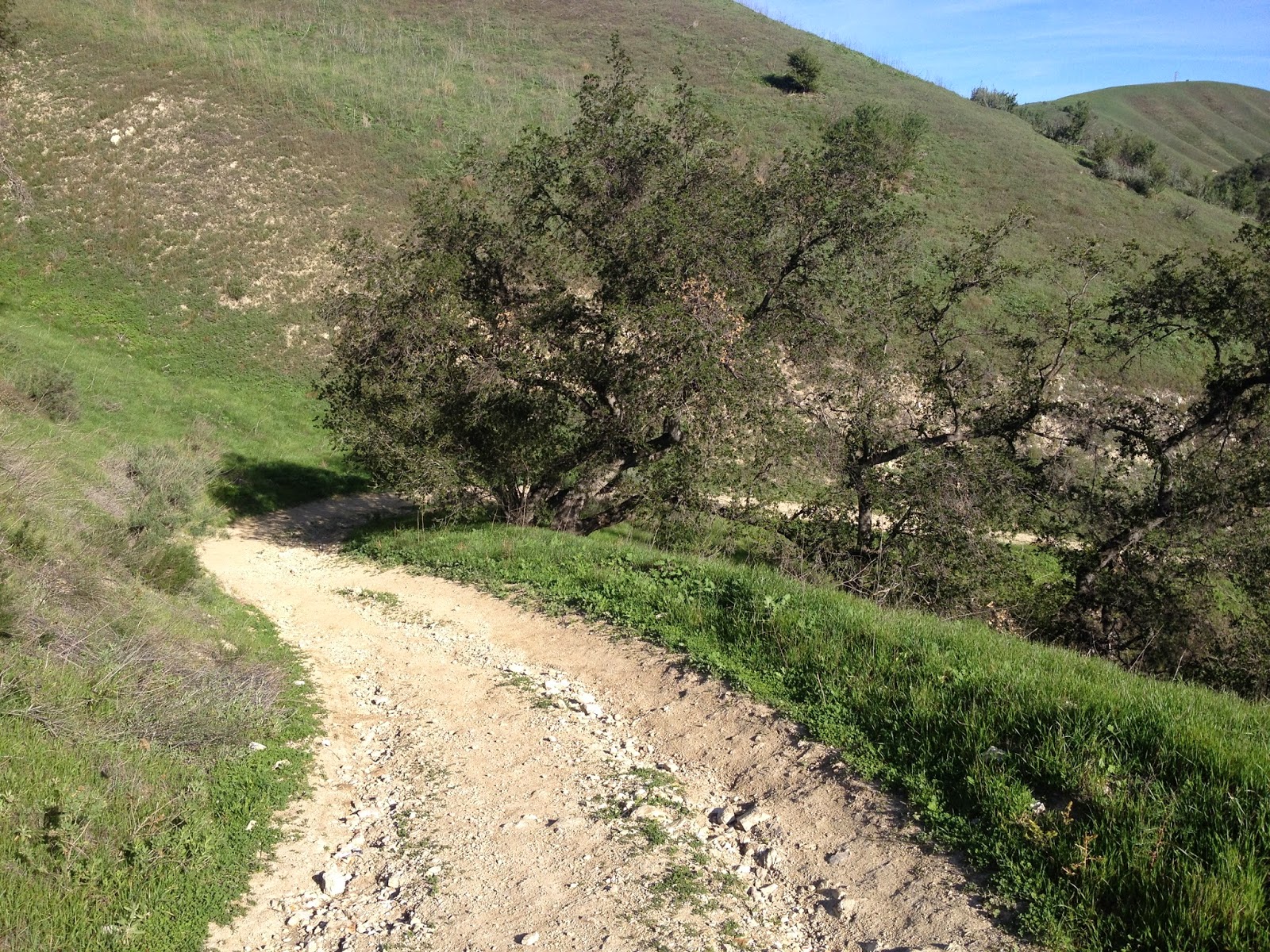 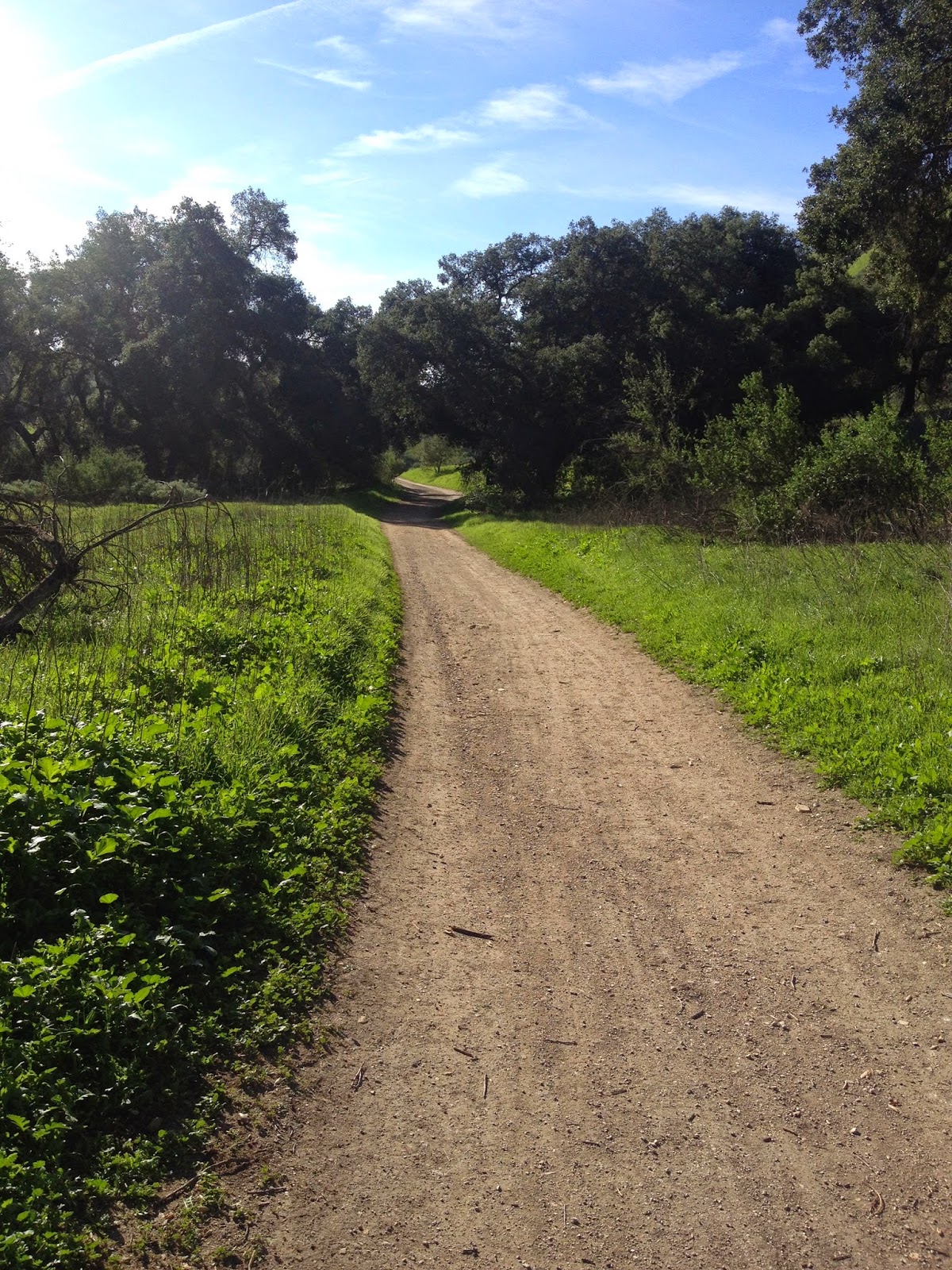 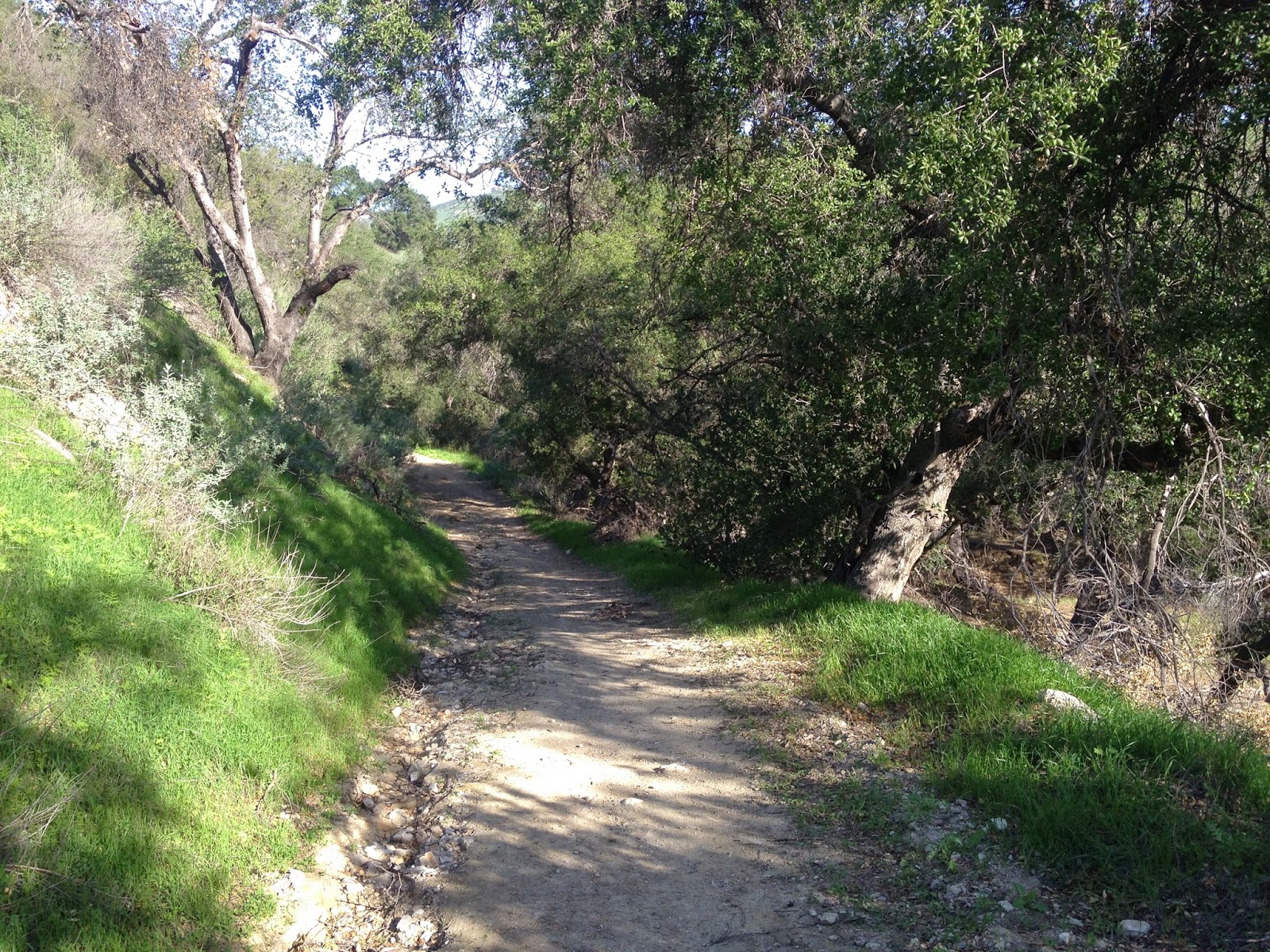 ... I can't help thinking about one of these.