Evolution of My Rides 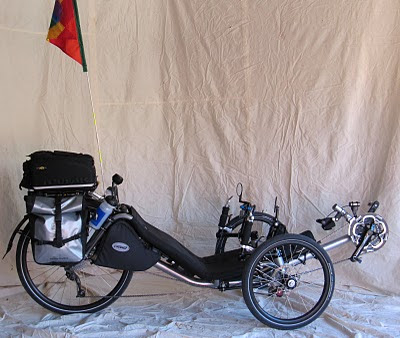 My first trike, a Catrike Expedition. I spend the first year riding solo, no doggie. 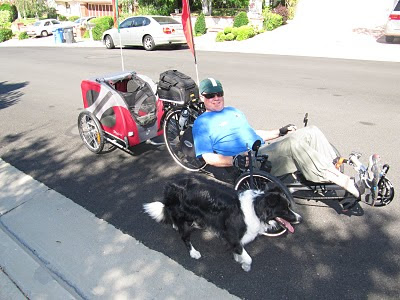 For the next three years most of my rides  were with Betzi towed behind my Catrike Expedition. Obviously weight was of no concern back then 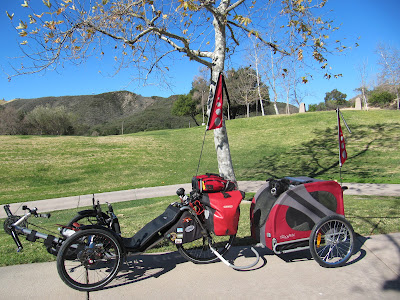 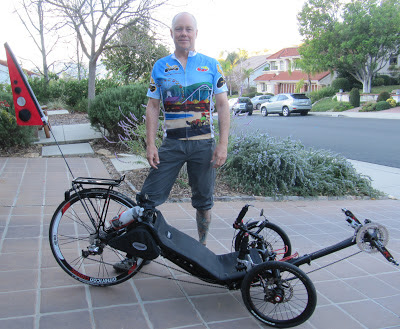 During the three years from 2010 to 2013 I would occasionally ride my Catrike 700 (16" front wheels). It was on one of those occasions back in 2011 that I had a heart attack while riding the 700. I was pushing hard and a piece of plaque broke off inside my LAD and put an end to my ride that day. 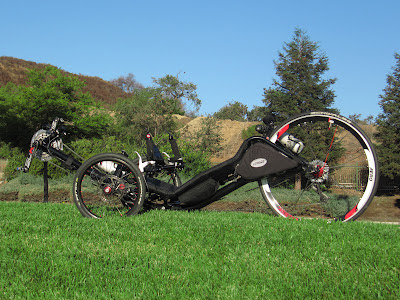 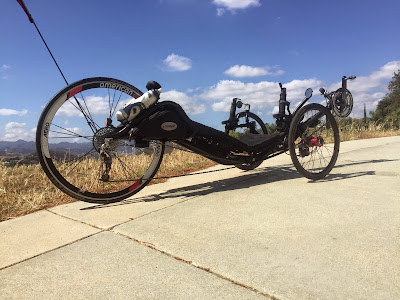 In 2014 I traded in my old Catrike 700 for the new Catrike 700 with the 20" from wheels. Having had both hips replaced at the end of 2013 I opted for a lighter ride and I eventually sold my Catrike Expedition in favor of riding the 700. 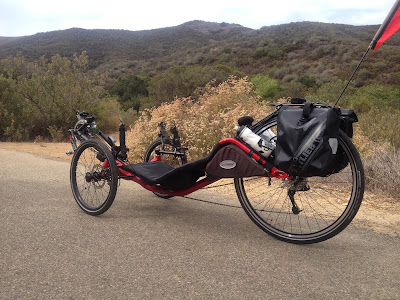 Thinking I still wanted to take short tours sometime in the near future I purchased a second Catrike 700 that I dubbed "Red". I set it up for touring but soon came to the realization that I like to ride light and fast and be done in time to catch "Happy Hour" with Carrie. I soon sold "Red". 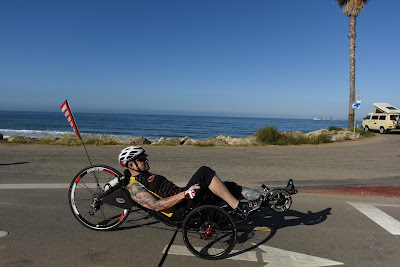 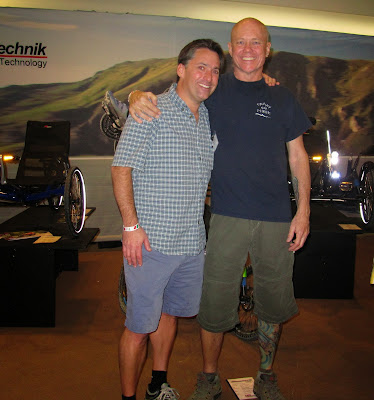 And on my right is the man that is responsible for my introduction into the world of recumbent triking, Dana Lieberman the owner of Bent Up Cycles.
at October 27, 2015 No comments:

I like my trike to be as light as possible while still having the tools to handle basic repairs and a few odds and ends to accommodate personal needs while on the road. Light means fun, fast and easy on the titanium hips. But...over time the stuff just seems to add up. It's easy to accumulate stuff when you have room to store it. I thinned out the accumulation of stuff and no longer use the Catrike side bags except for winter riding when I need a place to store clothes as I warm up. Everything fits in the under seat compartments and in a container that fits in the front bottle holder. And the Topeak Mini Morph tire pump still fits in it's dedicated holder under the seat.

I went from to this 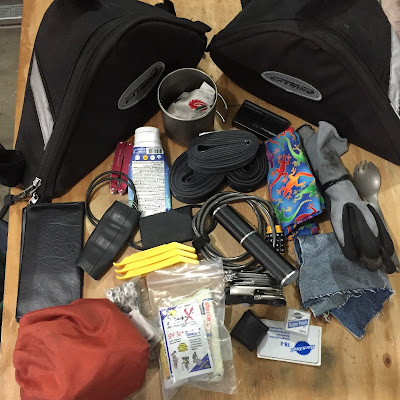 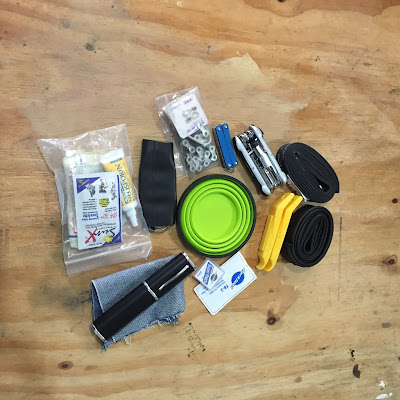 I also went with a smaller and lighter toolset and Leatherman multitool. For the sake of storage I replaced my titanium cup (for filling water bottles) with a collapsible cup. 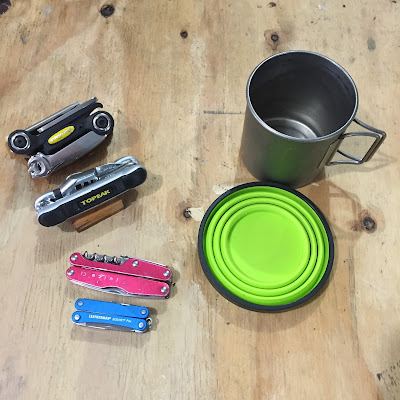 This is the time of year when the streets get showered with acorns. Of course they end up in the bicycle lane and it's not always possible to avoid them. Running over them usually doesn't cause a problem. But with lighter tires it's possible to crunch one just right and end up on the side of the road replacing a tube.

Another ride...another meet up with Carrie at the park 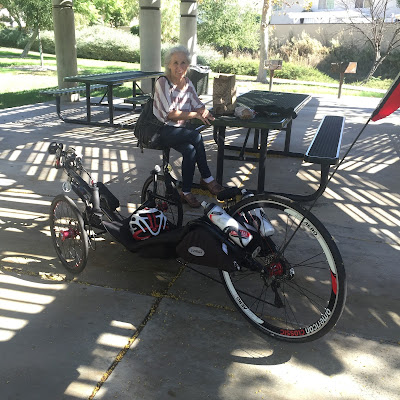 Email ThisBlogThis!Share to TwitterShare to FacebookShare to Pinterest
Labels: Rides 2015

Filling up a water bottle from a typical water fountain is not always easy. Keep a cup with you if you want to get that water bottle filled up. I have a titanium cup stored away on my trike. The titanium cup weighs in at whopping 2.4 grams (0.084 ounces).
The other day I was watching a group of cyclists trying to fill up their water bottles at a water fountain. After observing this comical affair I decided to post the following tidbit of information for the thirsty triker.