Showing posts from October, 2013
Show all

Back on the Road 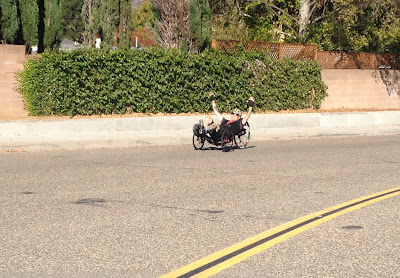 First ride on the road since my hip replacement three weeks ago. Only 4.5 miles but it's a start. 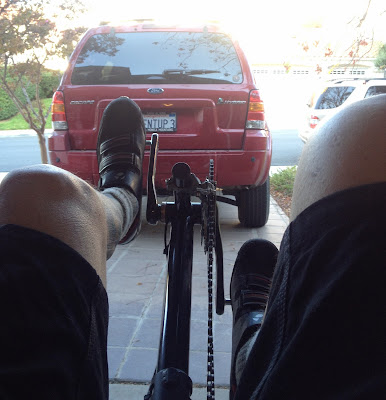 It's been 18 days since hip replacement and how I miss being on the road. There's nothing more I want to do right then climb some hills and feel the wind on my face on a fast decent. I plan on taking a short level ride next week but for now I'll continue to stare at the back of my car as I spin in the garage. Patience ole man.

Focusing on the Future 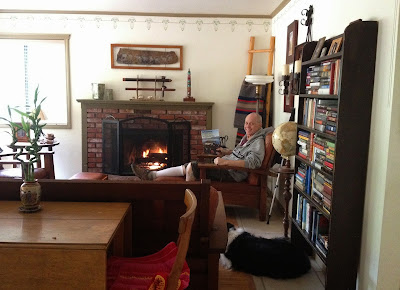 Focus on the future and let the present take it's course.
Before taking the final steps to having my old hips replaced with shiny new titanium ones I adopted a mindset that I would not dwell on what I was missing over the next three months while undergoing two hip replacement surgeries and the ensuing recovery period. Instead I would look to the future and the promise of adventures to come. Adventures and rides I was reluctant to commit to because of lousy hips that previous surgeries never quite resolved.
Now as I sit here dealing with the pain of recovery and boredom of inactivity I remind myself of my commitment to the process of healing and immediately start pondering rides for next year on bionic hips.
I'm walking at least a quarter mile every day. In a few days I should be able to hop on my Catrike 700 with the CycleOps hooked up and start some real pedaling. As soon as the right hip is working well then I get started all over again with the replacement of the left hip.…
1 comment
Read more 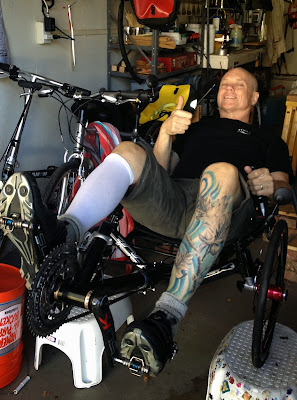 Working it! Six days since right hip replacement and I'm taking my first ride on the 700...well kinda like a first ride thanks to the CycleOps on my rear wheel. I wasn't able to make a complete revolution of the crank so I just pedaled back and forth using my good leg to force a good stretch on the bump leg.

Given my limited hip flexibility I had to use high tech methods to raise the ole 700 so I could get my sorry butt in and out of the saddle without help. Although I did have Carrie help me get my foot up to the pedal.

One Hip Down - One To Go 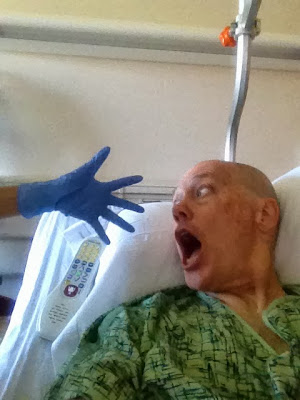 Right Hip Replacement (anterior method) 9/30/13 Doctor Andrew Yun, Saint Johns Hospital. Recovering fast from hip replacement. No muscles or tenons are severed with the anterior method. No hip dislocation concerns after surgery  As soon as I'm ready to start riding again I'll have the other replaced...oh fun!! I had surgery on Monday and left the hospital Wednesday morning. As promised by Dr. Yun I left the hospital on a cane (actually it was a trekking pole that I use for hiking).  Currently  20% of those doctors performing hip replacement use the anterior method. It involves a sizable equipment investment by the hospital and there is a learning curve for doctors. Dr. Yun has long ago passed the learning curve and is now performing the second largest number of hip replacements in the country. Patients fly in from around the country to have Dr. Yun install new hips. 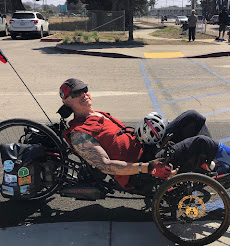 10 Reasons a Recumbent is Best Choice