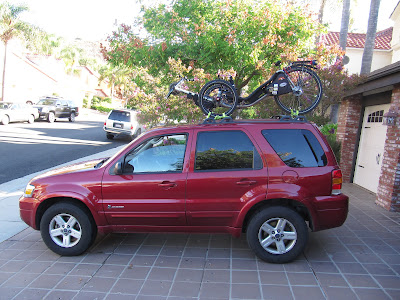 The Expedition is strapped to the top of our car and we're ready to head off to Cambria for some family fun and a little riding along the central coast of California...for me at least. 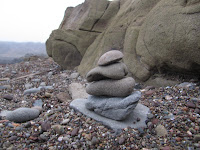 DAY 1
As is my custom no matter where I  may be I start off my day with a cup of tea. This morning, at a respectable 6:30am, I become one with the fog at  Moomstone beach watching the harbor seals laying on the rocks doing what they do best...nothing.
Eventually I got my rear end off the sand and prepared for a ride up the coast. By 9am, with the fog still hanging around, I pedaled away form our digs at the Fireside Inn. It's a nice motel adjacent to the beach. I took a straight shot up the coast to the old abandoned Piedras Blancas Motel aptly named after the local historic light house. Tours of this old historic lighthouse are offered through the Piedras Blancas Light Station Association.
The sun is finally starting to show itself and I can start taking off layers. I headed back after hitting the Piedras Blancas Motel. Going North beyond the remains of the old motel brings you to the hills of the Los Padres National Forest and eventually Big Sur. This is a challenge for another day. On the way back I stop to take a look at the elephant seals in all their blubbery glory. Next stop the pier at San Simeon State Beach. for a quick break to relieve myself of my morning tea..
After a few more stops to take in the awesome coast views I finally make my way back to the Fireside Inn and spend the rest of the day with the Carrie and the kids.
The ride ended up to be 27 miles of easy coastal riding with gentle hills that accounted for a little over 1,000 feet of elevation gain. 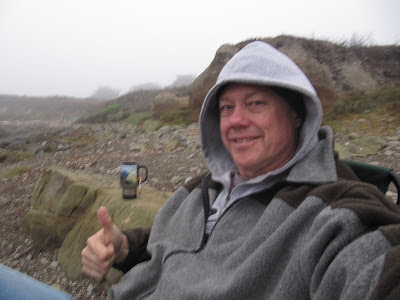 Enjoying my first early morning on the beach. 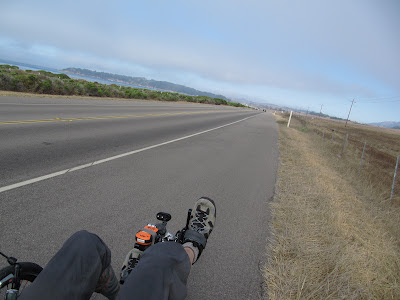 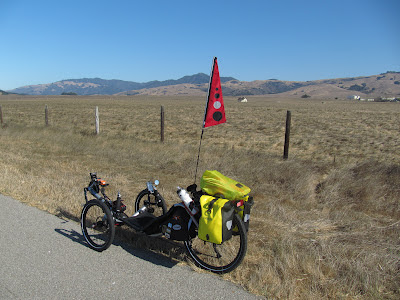 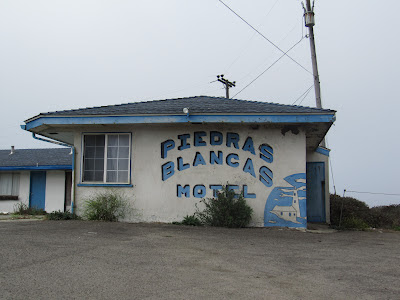 The old abandoned Piedras Blancas located just South of the steep hills of the Central Coast. 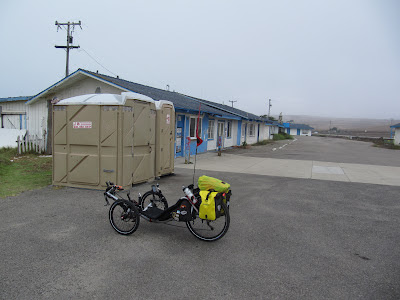 Only the best facilities. This is a common place for cycle tourists to take a break. It's also a popular spot for us day riders to take a rest stop and then head back down the coast. 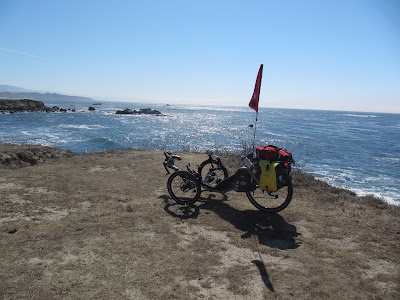 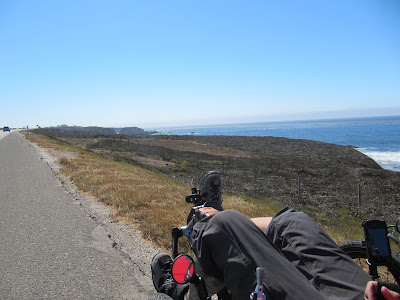 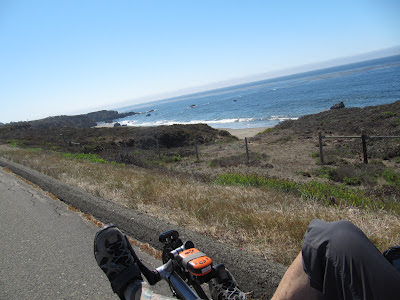 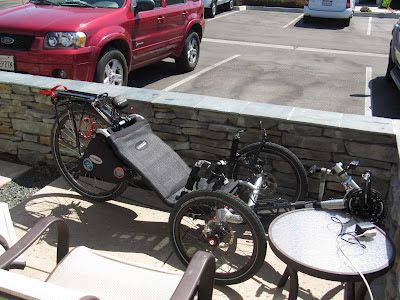 Done for the day. Charging the DiNotte lights on the patio of our humble motel room. 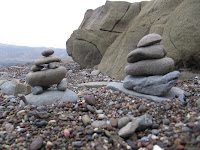 Day 2
Family day, no riding. I'll get one last ride in tomorrow...or so I thought... before heading home. 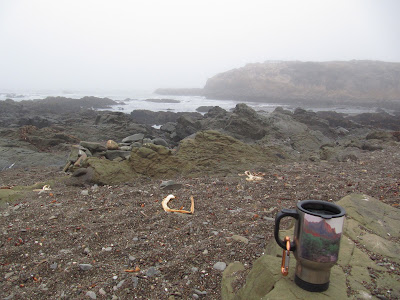 My usual morning tea before waking up the kids. 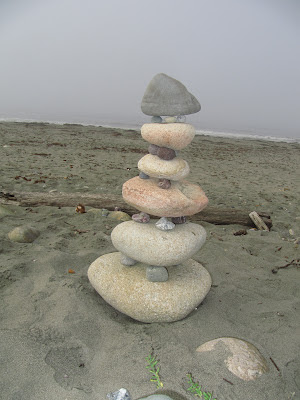 At a beach near Hearst Castle I mark my territory with a cairn (man made pile of rocks used to mark a trail or as a monument). 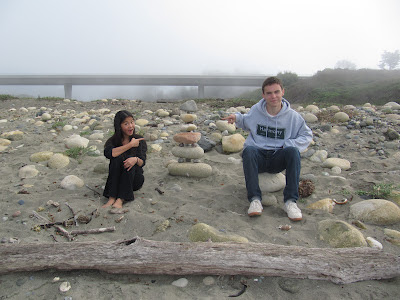 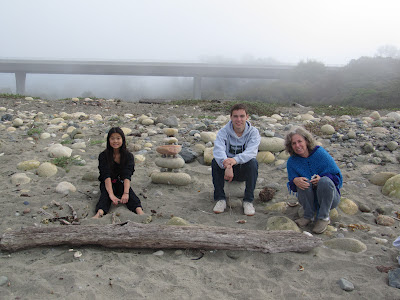 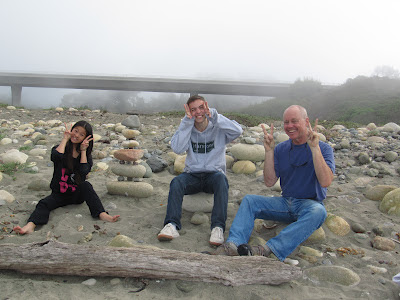 My turn to get in the pic. 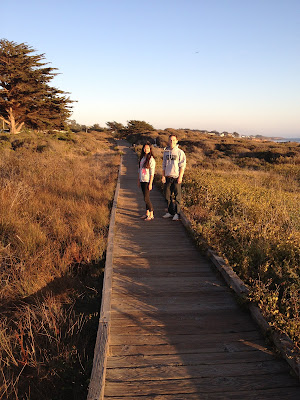 The kids on the boardwalk at Moonstone Beach. 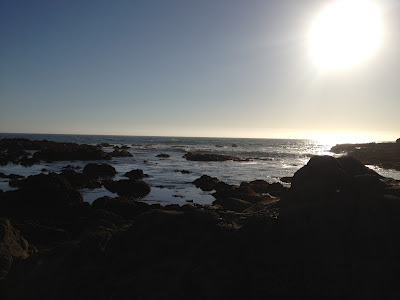 End of the day. 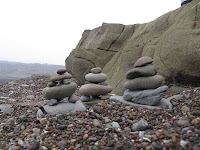 Day 3
I was all ready to get a ride in this morning before heading home. The fog gave way to clouds that were starting to make the morning a little damp. So we called it a weekend, packed our bags and headed home. 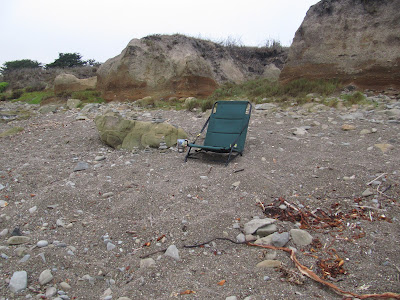 Last morning on the beach. 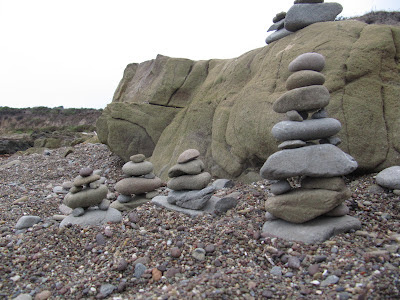 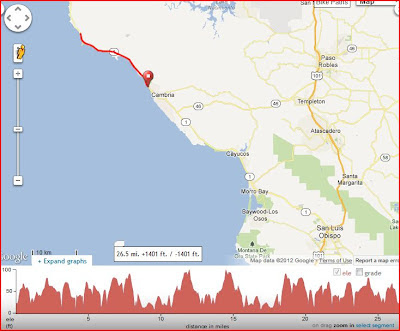